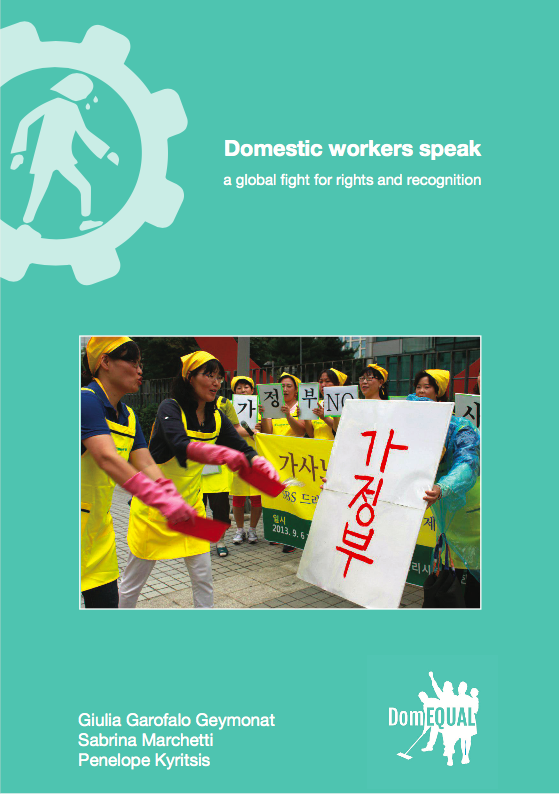 In the last decade, awareness has greatly increased about the living and working conditions of the world’s 67 million domestic workers. We now know that abuse and exploitation, child labour, discrimination, starvation, violence, debt bondage, invisibility, and the many crimes held under the umbrella of ‘trafficking’ are disproportionately represented within this traditionally unorganised and invisible sector. Many domestic workers – especially migrant domestic workers – are denied access to labour and human rights. Even in the countries where rights exist on paper, they are extremely difficult to implement, and ‘the mentality of servitude’ still prevails in different forms.

What is less known is that this increase in our awareness corresponds to the slow and steady expansion over the last 20 years, and despite considerable odds, of a grassroots mobilisation of workers who resist their exploitation and stigmatisation. They fight back as domestic workers, but also as migrant women, ethicised women, and women of the lower classes and caste. The widespread belief that domestic workers are ‘impossible to organise’ has been proven false by the enduring commitment of activists and unionists around the world.